I have Chris and Colleen to thank for today.  An email shows up in the inbox:  you have a gift certificate for a Cat Skiing Day from San Juan Powder Cat something something...  I couldn't believe it.  The few times I have ever been in cats have been during downhill races back on Mt. Hood.  One time the lift broke so they threw a rope off the back to get us racers to the top and we had to hold on like a rope tow.  It was brutal.  And the other time was breaking down all the gates and fencing from a down hill and I rode on the back, kind of like in a pickup truck bed, but with boots on a slick surface and heading straight uphill.  Also brutal- like a rodeo in the snow.  Today was much more plush!  I must have done something right - the only thing Chris ever gives me is grief.
We joined a group of guys from Minneapolis at Purgatory Resort.  Rode the chairlift and then jumped in a Ford E350 van with a Quigley 4x4 conversion and Mattracks.  Oddly enough this is the van I have been lusting after for the last few years, so it was a fun ride up.  We had to take "the bus" for about 30 minutes up to meet the cat, which was then another 20 minute ride.  By then we were up at 12,000 feet where the air was thin but the powder was thick!  A few places, especially the south facing aspects, had some heavy powder (very Pacific Northwest style) and up top was fairly windblown and rough, so we headed down a bit and did a bunch of laps through the trees.  Spectacular views, knee deep powder, and freshies all day.  I couldn't have asked for a better first ski day of 2012! 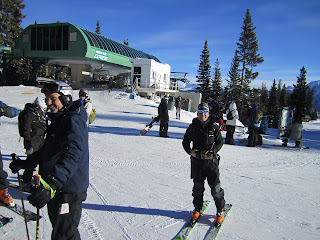 Mark early in the morning, ready for the van ride. 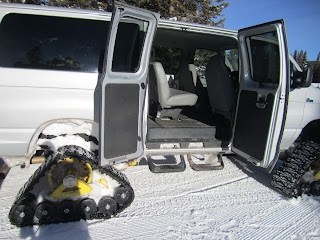 These are the Mattracks.  <3 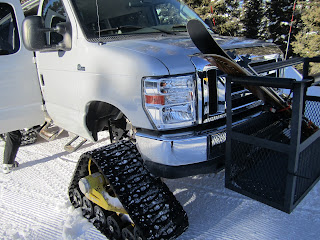 Lots of outside cargo capacity. 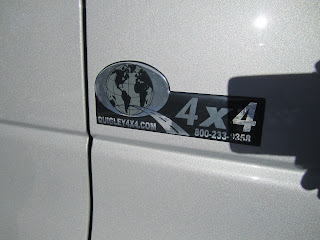 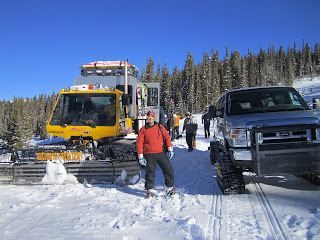 The van is quicker than the cat, but won't go straight up like the cat will, or on super skinny roads... 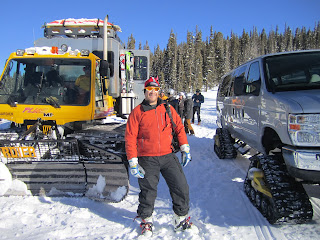 And the cat doesn't get stuck very often if it goes off the side of a road. 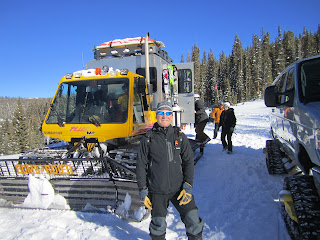 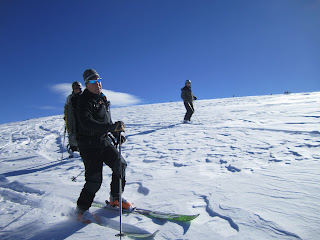 This is the super windblown stuff up top.  Very tough to ski. 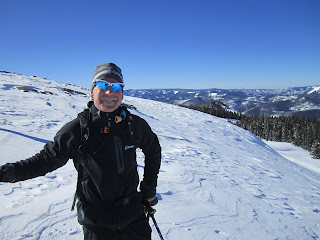 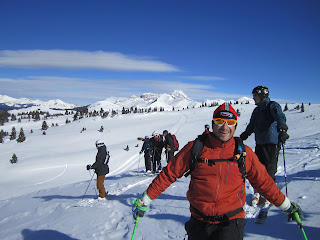 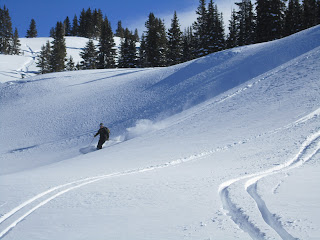 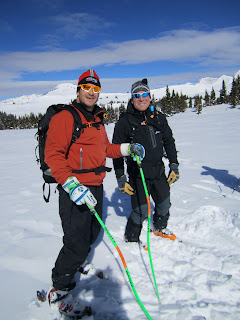 Ready for another run... 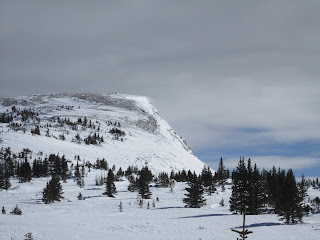 Very windy at times up top. 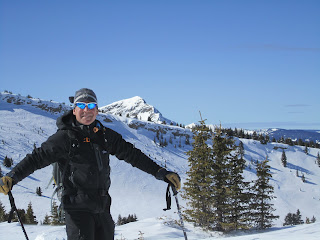 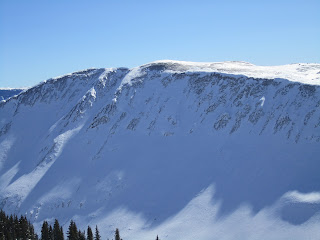 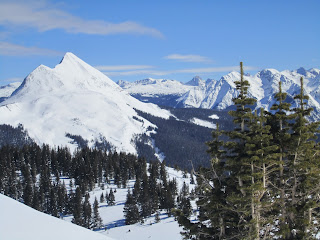 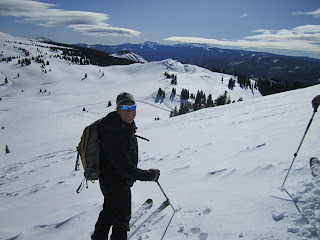 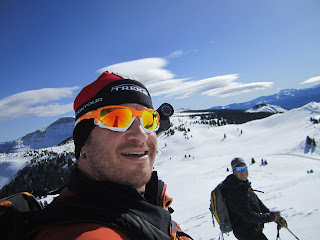 One of the guys from MN brought a Contour and had me wear it for a run.  I caught some air.  I crashed.  It'll be entertaining. 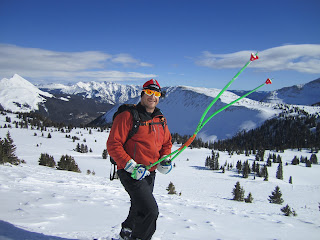 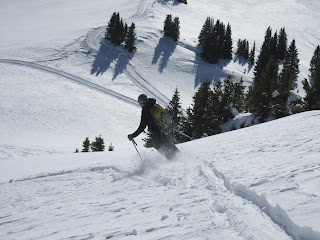 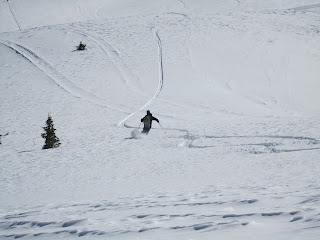 His turns are pretty. 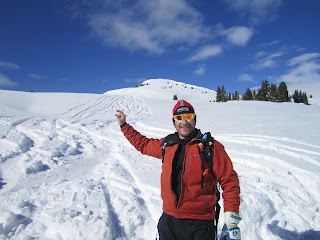 I caught this much air! 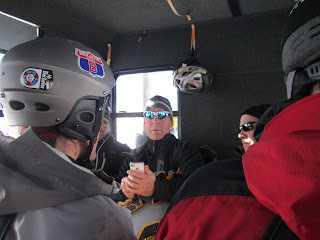 Time for some work on the cat. 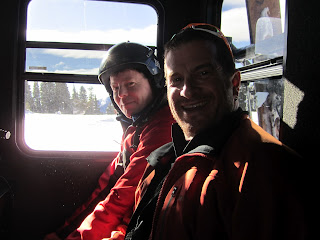 This is nicer than a chairlift! 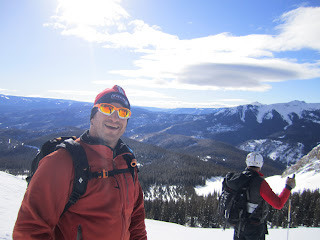 Yeah... I could get into this skiing thing. 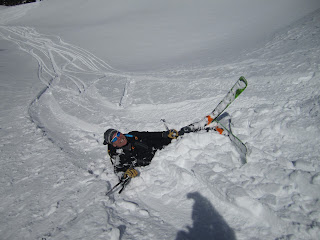 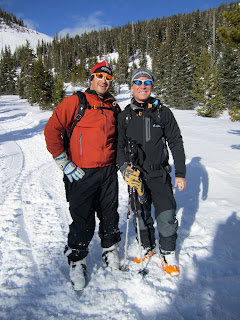 Another great day on the hill.  Didn't have to use the Avalung, beacon, probe, or shovel!
Again, thanks Chris and Colleen!  Whatever I did I apologize and won't do it again.

Tomorrow:  skate skiing.  Stay tuned.
Posted by BikeCharlotte at 1:32 AM

that was actually a gift from porter...no clue why he signed our name since we actually hate you...glad it was fun

I was wondering if I could comment on this thing. That looks amazing! You look like your teeth froze cause you were smiling the whole time. Keep enjoying every day. Miss and love you. Danielle

I'm so glad you had fun!! And Chris was right, it was a gift from Porter and Sadie!! They miss you tons.