Saturday morning.  The calm before the storm.  It was the best of times, it was the worst of times.  Too many gels makes Jack a very boring boy.   I'm not going to hurt you... I'm going to f$%king kill you!
Yay Ironman!

Drove some of the course yesterday, both bike and run.  There are some stout hills on the bike course, but definitely easier than Lake Placid or CdA, Idaho.   Montreal has done a ton of work in prep for this race including repaving a huge section of 117 for us.  We ride out and back on one very smooth side, and the other side is chewed up and very reminiscent of South Carolina.

Today's job is to get all the stuff into transition- bike has to be ready to go (except for tire pumping and water bottles), and the bags have to be filled- everything needed to ride and run go over there too.

This morning started off very well- with this little dude coming up to the deck and hanging out with me for about 5 minutes.  He didn't say much, and what he did say was in French so I didn't understand:  "si je pouvais avoir une certaine s'il vous plaît de vos amandes je serais très reconnaissant"    Silly woodchuck.  If the woodchuck doesn't embody the Ironman spirit I don't know what does. 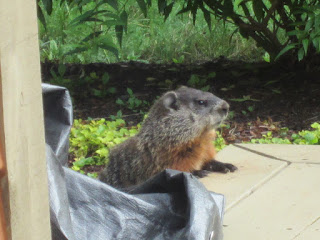 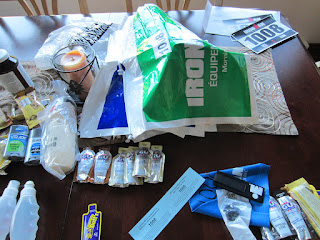 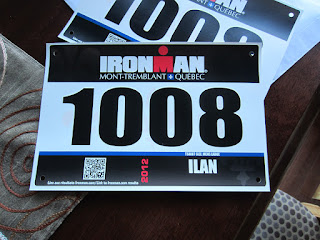 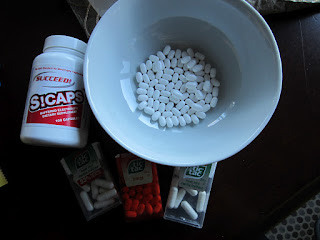 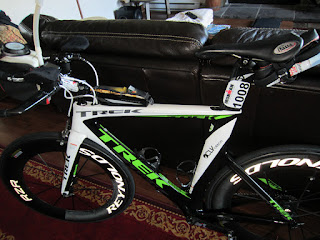 Nothing ruins a bike more than the crap we have to hang off of it at an Ironman.  So sad. 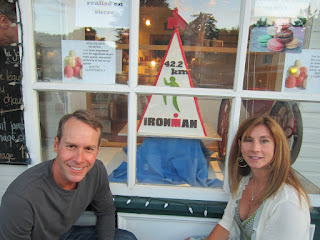 Tom and Lynne found this awesome bakery with an Ironman cake. 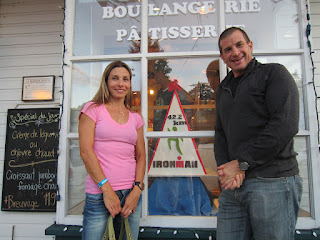 And then Kristi and I found it. 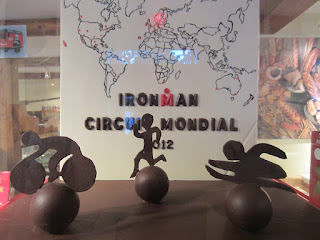 And inside an awesome chocolate sculpture and a map of the Ironmans of the Mondial! 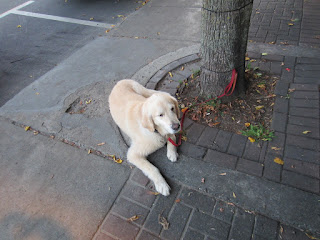 This is Wilson!  Same dog I saw earlier in the day on the other side of town.  His mom was eating dinner at the same place we went.  He was actually "working" earlier w/ the artists, kind of like a Walmart greeter. 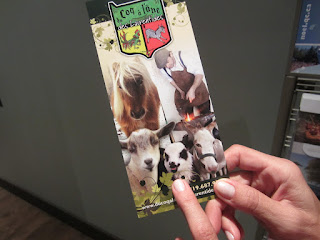 The advertisement for the local petting zoo had a very weird looking dude available to pet.  Colleen- this is one you won't want in your "Two Way Petting Zoo" 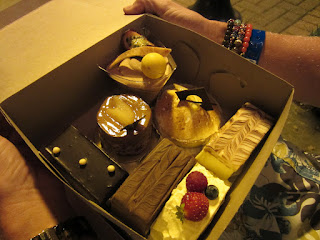 And finally back at the bakery for some treats. 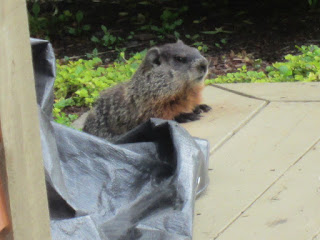 Posted by BikeCharlotte at 9:58 AM